The Ultimate Guide to Regression in Machine Learning

Regression is one type of supervised learning, and the other is classification. So, for example, if classification predicts if the weather tomorrow will be hot, cold, rainy, or windy, regression is used to predict the exact temperature. But, of course, the five-day forecast is our smartphone's most apparent. You can learn more about the different machine learning techniques and algorithms here.

What is regression in machine learning?

Regression is a technique for investigating the relationship between individual variables or features and a dependent variable or outcome.

Since they have been seeing sales go up every time they run a remarketing ad during Christmas, they wanted to predict how much sales they would get if they spent 4000$ in the upcoming Christmas season.

We can use regression to predict sales for the upcoming season. Regression is supervised machine learning, where everything depends on the input data. "Regression shows a line or curve that passes through all the data points on a target-predictor graph so that the vertical distance between the data points and the regression line is minimum."

Some of the areas where regression analysis is most used are:

How important is regression in machine learning?

As mentioned above, regression is essential to some of the critical aspects of our daily life, like weather forecasting, financial analysis, preventing road accidents, and marketing analysis. Likewise, we need regression in machine learning, a statistical method used in data science.

Some of the reasons regression is essential are:

The equation of linear regression is as follows. 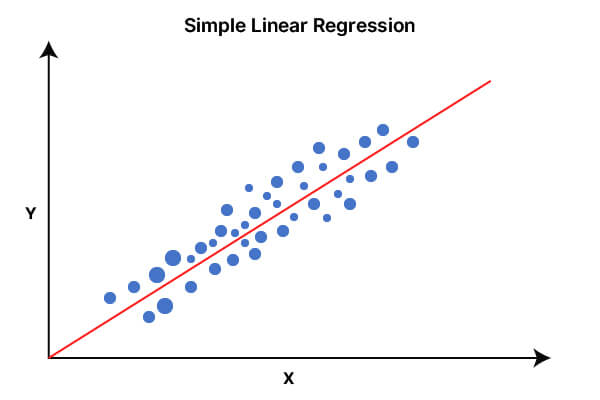 Some areas where linear regression is used are:

Logistic regression is also part of supervised machine learning. It is used to predict the probability of an event occurring (yes/no) based on the dependent variable in a binary format. For example, predicting if someone is COVID19 positive or negative.

The logistic regression equation is as follows, and it uses a Sigmoid function or logistic function to determine the probability of an event occurring. The values above the threshold are rounded up to 1, and the value below is rounded up to 0. 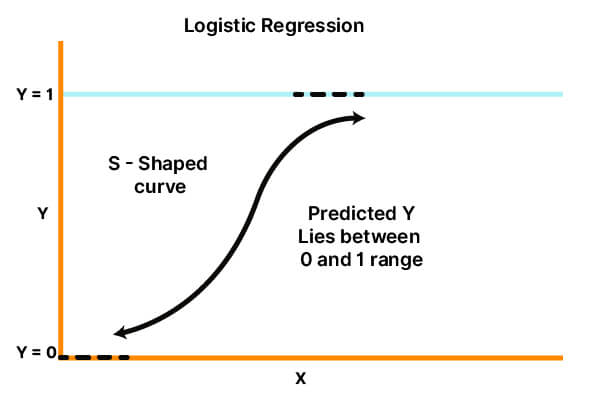 Some of the use cases of logistic regression are:

Polynomial regression is very sensitive to outliers, so much that even the presence of a single outlier can affect its performance. It works by estimating the relationship between the variables as an nth degree polynomial. 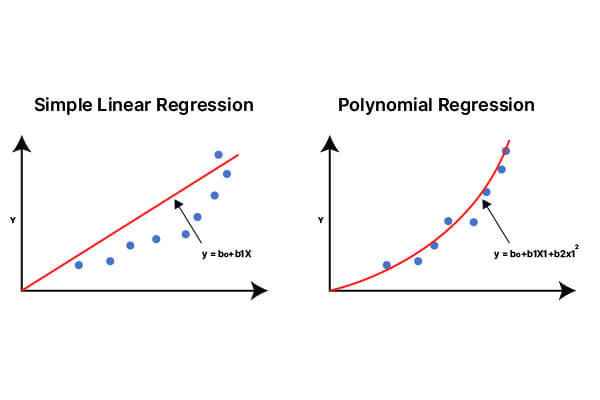 The equation for polynomial regression is

Support vector regression works by finding a hyperplane in an nth dimensional space that classifies the data points. The data points on either side closest to the plane are called the support vectors.

Some of the hyperparameters used in SVR are:

Kernel - Takes the data and transforms them into the required form in the higher dimensional space, which is used to find the hyperplane. Some of the most used kernels are linear, non-linear, Sigmoid, polynomial, and RBF (radial basis function).

Hyperplane - Helps predict the continuous variables. The data points on either side of the plane are known as support vectors.

Boundary line - A line that forms around the hyperplane creating a margin for the data points. 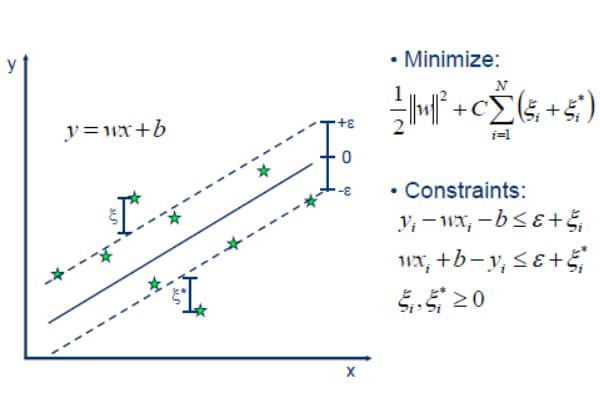 Decision tree regression models in the form of a tree structure. It works by breaking down data sets into smaller and smaller chunks while incrementally developing a decision tree. This decision tree contains decision nodes and leaf nodes. 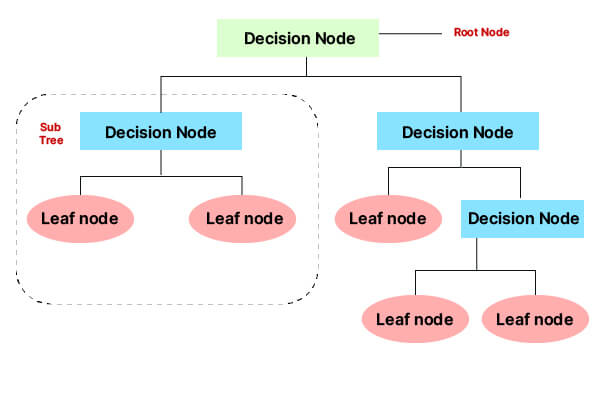 As you can see from the above diagram, the decision tree builds a tree-like structure with each node representing a test for a specified attribute. Each branch represents the test, and each leaf represents the output of the test.

Some of the hyperparameters in the decision tree:

Root Node - It represents the start of the decision tree from where it further gets divided into one or more sets.

The leaf node is the final output beyond which the tree cannot further segregate.

Splitting - the process of splitting the root node or the decision tree into subsets according to a given condition.

Sub-tree - A tree formed by splitting the tree. 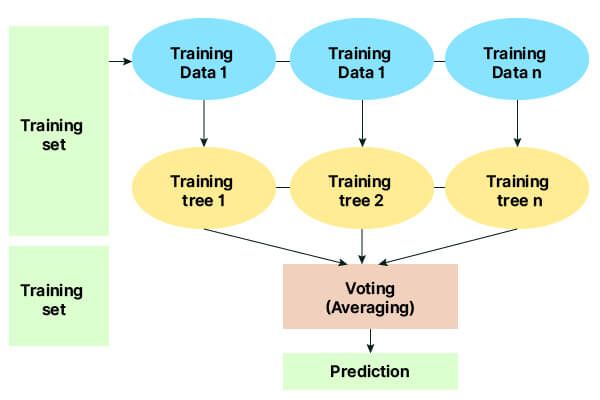 Random forest works by selecting K data points from the training set to build the decision trees associated with the data sets. Then we choose the number N for making the decision tree, and for new data points, we find the prediction of each tree and then assign data points to the category that wins the majority of the votes.

“Ridge regression is the method of estimating the coefficients of multiple regression models where independent variables are highly correlated.” 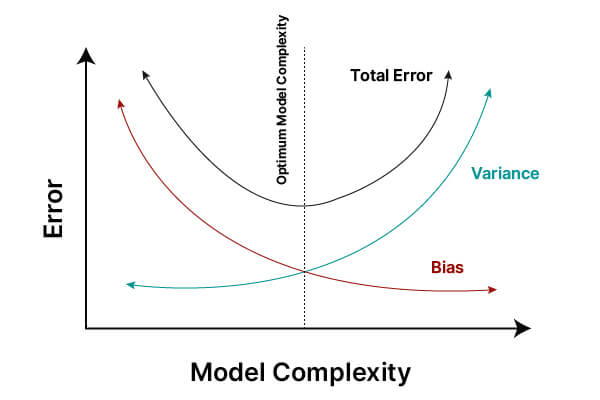 Like ridge regression, lasso regression is also a regularization technique that reduces the model's complexity. The only difference is that the penalty term contains only absolute weight instead of square weights. It is also called L1 regularization. 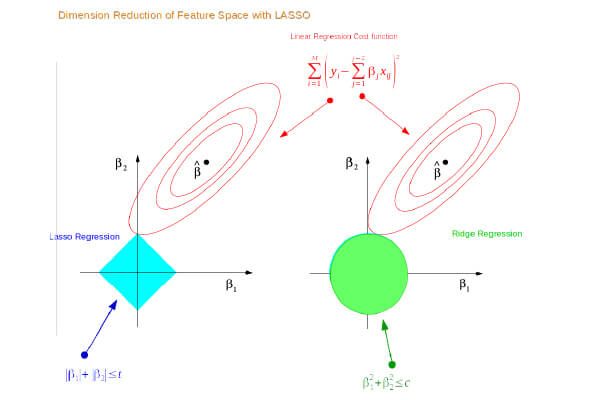 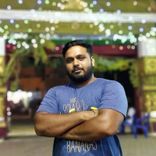